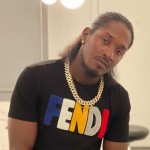 The young entertainer first went viral in 2007 when a demo recording of his song called “Ova 500 Gunz” got leaked and was transferred mainly via Bluetooth with the rise of smartphones.

In 2008, Jinyus went viral yet again when footage of him freestyling in high school was uploaded to YouTube.

While performing in June 2021, Jinyus was noticed by Bounty Killer. Thus, he joined Bounty‘s Alliance Portmore Regime (APR) at a concert held in Portmore Jamaica in September 2011.

Jinyus later did numerous shows and mixtapes with the Portmore Alliance.

After splitting up with APR, the lyricist collaborated with popular underground dancehall artist Lincoln 3dot whom he met while doing several video releases with famous Jamaican entertainer Trabass.