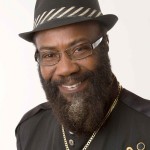 Denroy Morgan was born in May Pen in Clarendon, Jamaica.

In 1974, he moved to the US, and formed the band Black Eagles in New York City with Devon “Igo Levi” Foster, and Llewellyn “Jah T” Breadwood.

The Black Eagles won the New York Reggae Music Festival contest in 1977. He released his first album “I’ll Do Anything For you,” on Beckett Records, in 1981.

In 1984, he signed with RCA Records, and released his sophomore album “Make My Day.”

He was the father of the members of Morgan Heritage.