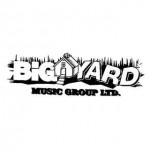 Music venture set up by Shaggy, Robert Livingston and Sting International which initially consisted of a recording studios in New York and Kingston, but since 2006 has also included a record label