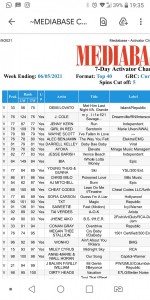 The first time we heard Wayne Scott’s “Fallin in Love” single, a sense of romance and
nostalgia came over us all at the first listening party that was held last year in 2020. We
had a challenging year to say the least globally but what genuinely sets this singer and
this track ahead of the crowd is that it soared internationally, and we have the numbers
and streams to prove it. We recently sat down with the singer and was blown away at
the success of “Fallin in Love”. The single peaked on the MB chart at #79 and has been
soothing our ears for the last three weeks. California fans think his style, voice and
delivery has a feel-good vibe. Radio DJ’s have been flying the flag and says this is a
triple threat in the rnb, rock steady and soul category/genre.
Wayne Scott, an avid music lover, artist, singer, and songwriter who originates from the
parish of Clarendon in Jamaica. Wayne has been focused on his career like none other
since the pandemic and took time out to put together a work of art
& Fallin In Love was originally done by &Hamilton, Joe Frank & Reynold. It was and still
is a classic. It was one of the biggest songs during the 70s and being a lover of old
school music Wayne saw the perfect opportunity to lay his vocals to a classic.
Wayne Scott, who is also the executive producer, made sure that production was solid
and one that the former band members would have been proud of. He grew up in an era
where a hit cover version could and can make it to the top. He took time out to get the
harmonies and the grooves on this fun filled classic to become his own. Wayne has a
resonance that clearly shows his range and its clearly displayed again on this track.
Fallin In Love is now available on all major platforms for sale and streaming. He is
presently working on a new video which will only do more to enhance awareness of
such a well put together track. Again, take time out to share and listen to the songs and
sound of Wayne Scott.