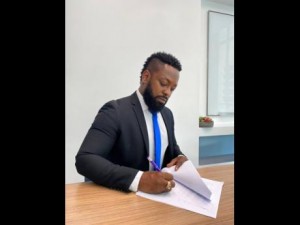 Popular beach party series Chug It has signed a US multimillion-dollar contract with an international entertainment company, which will see the event hosted in the United States. The first staging is set for Florida in September during Labour Day Weekend.

Party promoter, Andrew ‘French’ Wright, founder and owner of the Chug It beach party series, sealed the deal for the $2-billion contract with the entertainment company based in the United States. The agreement comes on the heels of the recent announcement of the reopening of the state of Florida and will see the event hosted in multiple states across the United States, including Florida, Atlanta and New York.

Chug It has become a staple in the entertainment industry since its inception in 2012. The event has had stagings in the United States, with the most recent being held in Miami in January 2020.

Wright said he is humbled by the interest in the Chug It brand. “We have seen the benefits of establishing good relations with various sectors in the United States, so much so that we are receiving proposals for collaborations on every front. I am truly humbled by the overwhelming interest in this brand that I’ve dedicated my effort to developing and welcome the opportunity to do business with these foreign entities,” he said.

Plans are afoot for the anniversary staging of the event. “This event is viewed as a cultural festival by many, and what better way to celebrate that than by giving our patrons an abundance of everything. For our next anniversary staging, in addition to being a drink-all-you-can event, we will also be adding a food-inclusive element. We are pulling out all the stops as you’ve never seen before,” he said.

Promising to be one of the largest stagings yet, the production of the event slated for Florida is undergoing a total creative revamp. According to the promoter, new production and lighting material better suited for a larger venue are being shipped to Florida. In addition, with months ahead of the scheduled event, contractors have already been activated to manufacture more bar counters to expand the event’s footprint to meet the anticipated scale. The addition of food to the package will include multiple dishes from the Caribbean, Latin America, and classic American cuisine.

The first staging of the event within this agreement is slated to be held September 5, on the first day of Florida’s Sunshine Liquor Festival, a massive drink and food inclusive two-day event, during the much anticipated Labour Day holiday weekend. Following Chug It, on September 6, day two of the festival, is Mayhem, a water party that has been successfully held at the Cool Runnings water park in Jamaica.