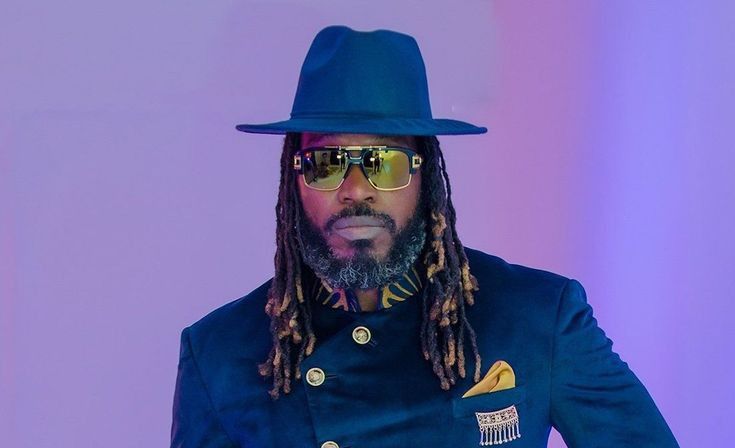 The featured project includes multiple iconic artists such as Lauryn Hill, Capleton, King Tiger, Morgan Heritage, Jah Cure, Jason Derulo, and Kali Ranks. Gayle is stoked to be featured with such big names and hopes to make waves in the music industry with his talent.

The album is produced by award-winning producer Sean ‘Contractor’ Edwards, who states that Gayle as headliner has been chosen as part of a marketing strategy to generate more sales than other projects. Gayle is building out his brand in music as he is riding off of the high from his sports stardom.

Edwards hopes that the project will hit big on the Billboard Charts as well as others like Apple Music and iTunes in Ghana, Canada, and the United Kingdom.

He says he’s targeting Asian countries with the project, including Bangladesh, Sri Lanka, India, Pakistan, and Malaysia, where Gayle has dominated the cricket scene. It should show his fans his talent in a new way and hopefully continue to capture their admiration of Gayle.

As a renowned batsman in the world of cricket, Gayle soon ventured into music in 2020 and goes by the moniker Universe Boss in the industry. He has broken substantial ground in the Asian market with his collaboration for “Jamaica To India” with Indian rap artist Emiway Bantai.

For Gayle, it’s a big deal to be featured. He’s excited to showcase the collaboration with Shav A on the single release, “Gimmi Your Love.”

According to the music producers at Track Club Music, the song is a refreshing mix of pop with a bit of dancehall, demonstrating a solid crossover into music from his sports roots.

Radio disc jock Gary G. produced the song. It’s a love song, not just about getting love, but giving love and managing the love once it’s delivered.

Gayle holds the record for the all-time highest run-getting in the history of T20 cricket. He likes to keep his music separate, hence going by the other moniker. Gayle told Urban Islandz that he was looking forward to the project. He also hopes it will bring about more things for him as a reggae artist. He stated, “The album will be lit, Asia, we coming!”

Gayle has received much love and support from both his spouse and daughter for his transition to music. He still plays cricket but has been spending more time in the studio since discovering the joy of creating music, which has become a big passion for him.

Gayle has another single called “Don’t Go,” which he says is a love affair song produced under Triple Century Records. His first ever single received over 360k views on YouTube, called “We Come Out To Party,” featuring Tanto Blacks.

His first two releases, “Blessings” and “Wack We a Wack,” on his Triple Century Records label received great accolades. He got thumbs-ups from artists including Chi Ching Ching, Ding Dong, Jesse Royal, ZJ Liquid, and the Minister of Entertainment Olivia Grange.

Gayle doesn’t have a specific genre of music he prefers but says he just loves to make music for others to enjoy. He says he’s still learning a lot about the process and takes to the creativity of playing with words. Gayle is a genuine music lover listening and taking in all the music there is from many types.

COLLABORATING WITH SHAV A

Featured artist Shav A was so excited to collaborate with Gayle. She is a dynamic singer and songwriter who gets her creative talent from her veteran singer father, Admiral Tibet.

Shav A sang in church choirs as a child and in talent shows where she grew up in Jamaica. She and her siblings began touring with her father doing backup vocals, and she eventually pursued a solo career.

As two new up-and-coming artists collaborating, the single is sure to be a song that anyone can latch on to and enjoy. Gayle offered Shav words of encouragement to keep doing what she’s doing and “pressing gas” in her music.

Both artists will soon be household names. The album is being released on July 29 on all major digital platforms.