Home / News / Where are your “THOUGHTS” Simone Fruit Tree Dewar 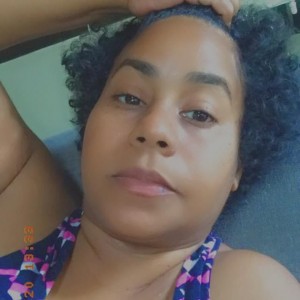 There is something about cultures and sounds and environments. If you love the arts then you’re a lover of cultures. Some people and brand take pride in spreading the culture and the love of the arts. One such entertainment company and their team is carving away at making and curating different types of projects. Jamaica is more than one or two genres and they intend to display it all. The team and company is called Push A Yute Inc. And for the past year they have been pushing and putting out projects. Here comes one more eclectic vibe that the world might just be ready for.

There latest project set to release this mid January. It’s a six track spoken word EP by “Simone Fruit Tree Dewar”. She’s an author, spoken word poet and she’s releasing her debut spoken word EP titled “THOUGHTS”. This is a niche project as she pointed out. She’s been writing for 20 years and have finally decided to publish her works within the last year. She released 3 books (Fruits & Truths, My Favourite Fruit Of The Day) over the course of 2020 and she plans on releasing two more EPs during the first 6 months of the year. “I have a whole album waiting to release” quoted Ms Dewar.

The project has 6 tracks plus an intro and outro. Its beautifully balanced and produced with soundscapes from Makonnen Hanna and Vivian Thomas. Simone uses these poems as windows for our thoughts and everyday living. Poems like “Seed” reminds us of the everyday idea of what you sow you reap. Things we as a human race need to pay attention to. Then with others like “Thoughts” which questions where we get our thoughts and visions from. It speaks of how we see other via our thoughts and assumptions. There is something there for everyone especially if you’re a fan and lover of Spoken Word.

The project is being distributed by VPAL and its good to see our peoples backing our culture. She is expecting to do a virtual launch and showcase. So it should be a productive month for the young poet as she shares her “THOUGHTS”.