The Guyana native, Ras Mc Bean, brings a diverse release in June, 2014 titled Inlightenment. This album has a vibe that is both authentic and smooth.  It is produced by Fireman Crew  for Union World Music.

The first song of the album Rise Up and Fight is a nice tune asking the people what are we are fighting for, and to reconsider the reason why over a smooth roots riddim. Surrender is next, an upful lovers tune where Ras Mc Bean talks about his surrender to a lover. Followed up by Nature reminding us to be respectful to mother earth and the creator.  Mc Bean sings :

Ilements joins in on the next tune titled Stepping Out with a big sound. This tune brings a nice message over a large riddim. Ras Mc Beans first verse sings out:

“The lion with the crown is ah we emblem.  The Ites, Green, and Gold we come fi sell dem… We trodding through Babylon we nah friend dem.  Hotta Fyah – steel and iron we ah bend dem.”

Calling is a tune about Jah opening doors and guiding in life.  Ras Mc Bean sings in the chorus:

“I never lived a life like this before.  Since Jah Jah opened my doors, now I love him more and more.”

Is It You comes on next, where Ras Mc Bean sings about the woman he loves. On next, Yesterday Is Gone sounds like a rock n’ roll tune at points, and drops into beautiful acoustic guitar in the background. This tune is about the problems of yesterday being past and gone, and preparing ourselves for tomorrow. After this tune, Love the Life You Live comes with a great message about loving this life.

This album does not cool down towards the end, with a spiritual serenade, Run Run Run comes on singing about running to Jah over a hypnotizing bass line. Hocuspocus is up next talking about how enough “hocuspocus” is spoken instead of acting to change the world.

Tragedy of the reality

Ras Mc Bean brings up many tragedies and touch realitys of history throughout the tune.  One of my favorite sounds off the album drops next, Run For Cover. This tune tells the wicked man to “Run Fi Cover, righteousness just take over” upon a huge riddim. The thirteenth and final track is a sweet song about how Love Govern the Earth.

Overall, Inlightenment is a smooth sounding and positive album that is without a doubt a good listen and adds a pleasant addition to the other vibes we have been hearing this year with a unique style. Let us know how you feel and check it out on digital outlets below. 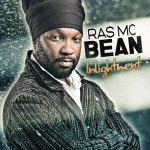