The “Sick Riddim” was produced in 1989 by Peter McKenzie at HCF Recording Studio in Freeport, Long Island (NY) for Tan Yah Records. Red Fox & Naturalie recorded on this riddim the song “Down In Jamaica,” which had been featured on the very first issue of VP Records‘ iconic compilation series “Strictly The Best.” Ever since, producers like King Jammy and Bobby Digital has recut this riddim a couple times.

It is a classic Dancehall riddim, that you’ve probably heard at least once if you collect and/or enjoy oldies. This riddim sounds pretty catchy with its upbeat 80’s old school vibe, and  its mesmerizing kicking bass line. Somehow, its bass line sort of sounds similar to the 1985 Sleng Teng Riddim‘s bass line. made famous by Wayne Smith.

The compilation that you will be able to download here, features various artists such as Beenie Man, Baby Cham, Capleton, Turbulence and more (Click here to view track list).

So, make sure you check it out. Do not hesitate to let you know what you think of it by commenting below. Then, share it with your friends  if you enjoyed listening to it. 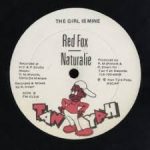