The “Extasy Riddim”, released in 2001, was composed by Richard “Shams” Browne and produced by the Shocking Vibes Crew. It features artists like Beenie Man, Elephant Man, T.O.K., Mr Vegas & more. You may click here to view the full track list.

It’s a riddim that is predominantly built with drums. In the chorus, a simple dark piano riff that adds some tension to the riddim, which already has a serious tone. From time to time, a high-pitched guitar lick lights it up. It’s the kind of rididm that forces the artists to impose their own flow instead of simply following the riddim. As a result, each and every song sounds really different and has its own particularities.

The riddim is available for purchase, and streaming on digital outlets such as iTunes. You may click here to preview it or click here to buy it now.

For the record, the VP Records’ “Riddim Driven” series includes more than a 100 riddims. It’s a must-have in your Reggae music collection. So make sure you get this issue if you don’t have it yet. Do not hesitate to leave a comment below, and let us know what you think of this riddim. 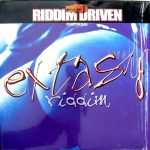