The “Riddim Driven: Juice Riddim” was produced by Richard “Shams” Browne for Call Me Shams Records, in 2001. Released as part as the classic series “Riddim Driven”, under VP Music Group’s label, it’s one of many great Dancehall riddims of the early 2000’s.

Even 16 years later, the “Juice Riddim” still sounds unique in his genre. Its synth lead is very characteristic and recognisable. From the very first seconds of the intro, one can tell it’s the “Juice.”

It includes hit songs such as the club banger “Shake Yuh Bam Bam,” by T.O.K. and “Go Up,” by Mr. Vegas.If you’re interested in the work of Richard Browne, you can also check out the “Grass Cyaat” and the “Intercourse” riddims, which he has produced under the label Call Me Shams.

The riddim is available for streaming, and purchase on digital outlets, you may click here to preview it now or buy it now.

For the record, the VP Records‘ “Riddim Driven” series includes more than a 100 riddims. It’s a must-have in your Reggae Dancehall music collection. So make sure you get this issue if you don’t have it yet. Do not hesitate to leave a comment below, and let us know what you think of this riddim. 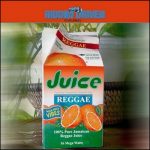