In the keeping with the “Diwali Riddim”, this weekend’s throwback is the 2002 “Tabla Riddim”.

The “Tabla Riddim” was produced by Sly & Robbie and released under “Beat Ruut” record label (Riddimbase.org) and also as part as the VP Records “Riddim Driven” series.

Like the “Diwali”, it is massively tinted with indian sonorities. The tabla sampled used in the riddim is the whole foundation of the riddim that gives it a feel of bhangra music.

Although it sounds fresh with its uptempo rhythm and edgy percussions, it happens to be using a same sample from the 1996 “Fed Up Riddim”. The latter was also produced by the legendary duo.

It is a great and addictive riddim with an awesome line-up, which is introduced by the track “Street Respect” by Sean Paul, which is also featured on his sophomore album “Dutty Rock”, as the first track following the intro. Besides, it includes “Armed & Dangerous” by Sizzla,“Wanted” by Buju Banton,“Lock Down” by Junior Kelly, as well as remixes of hit songs “Fed Up” by Bounty Killer and “Bad Mind” by Capleton, originally voiced on the “Fed Up Riddim”, among many others. You may click here to view the full track list.

It’s available for purchase, and streaming on digital outlets such as iTunes. You may click here to preview it or click here to buy it now.

The “Tabla Riddim” is now available for purchase on various digital outlets. It’s never too late for you to get a copy of it if you love it, for the good old time’s sake. Share and comment if you like it. 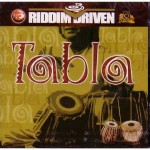