Throwback of the week: “Baba Tunde Riddim” produced by Henfield Records in 1999

This week, I’d like to share with you the 1999’s “Baba Tunde Riddim”, produced by Henfield Records.  It is an authentic Roots Reggae Riddim with a terrific organ lead, featuring Capleton, Luciano, Anthony B, Jah Cure and more.

In case you were wondering what “baba tunde” means like me… It is a name in Yoruba language that simply means “father has returned“.

During the late 90’s/early 2000’s, the riddim regained popularity as it was remade a couple times. It didn’t spread as much as riddims like the “Bam Bam” or the “Answer”. It is a nice riddim to listen to. Check it out. Share and comment if you like it. 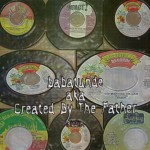