In 2000, Dave Kelly produced the “Bounce Riddim,” which was released under his label Mad House Records.

Like most of Dave Kelly’s production from the early 2000’s, this riddim is based on a heavy percussive bass line, and sounds rather dark.

Do not hesitate to leave a comment below to let us know what you think about it. 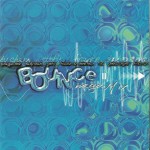