It is an uptempo Dancehall riddim laid on a kind of military march band beat. It only includes 5 tracks, straight gallis tunes. Even though Vybz Kartel had already jumped in the autotune bandwagon, his track is by far the best on the riddim, followed by Aidonia‘s.

Just check it out, and let us know what you think of it by leaving a comment below. You can also share it on social media if you like it. 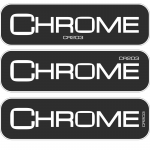