In 1993, Donovan Germain produced, and released under Penthouse Records, the “Answer Riddim,” also known as the “Never Let You Go Riddim.”

It was not the first, neither the last recut of this classic riddim, that everybody recognizes by it’s characteristic bass line.

Indeed, one of the oldest version of this riddim, might be the version produced by Clement “Coxsone” Dodd for Studio One, on which Slim Smith & The Uniques voiced “I’ll Never Let You Go” in 1967.

So do not hesitate to leave a comment below to let us know what you think of this recut. Tell us which one is your favorite version. You can also share this post on social networks if you like it. 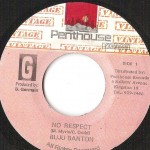