It includes “Zoned Out” by Wayne Marshall, which is also featured on his debut album “Marshall Law” (Source: Discogs), as well as “Killer,” which a cover of Michael Jackson‘s hit “Thriller” by Bounty Killer.

The main staccato guitar riff of the riddim is sort of reminiscent of “Could You Be Loved” intro’s guitar riff. Even though the riddim features some good artists, it doesn’t feature any big tune. Yet, it is a decent riddim overall. 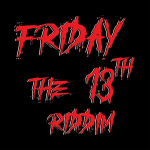