In 1992, Donovan Germain for Penthouse Records produced a recut of a Studio One riddim.

One of the oldest cut known on this riddim is “Nanny Goat,” recorded by Larry Marshall & Alvin Perkins in 1968 (Source: Discogs).

Some musicologists, and reggae historians say that Larry Marshall‘s song was the first reggae song ever, even though others argue that it’s “Do The Reggaey” by Toots and the Maytals, also recorded in 1968 (Source: Reggae Routes: The Story of Jamaican Music, 1998).

Penthouse’s version is a various-artist rhythm album that features Buju Banton, Freedie McGregor, Garnett Silk, and more. You may click here to view the track list.

It sounds pretty joyful. Even though its build is quite common, and sounds alike many riddims of that era, it doesn’t make it less interesting.

The line-up, that you can see below, is very good. It might not be the best of classics, yet it is worth a listen.

You may also preview it now by clicking here, and do not hesitate to leave a comment below to let us know what you think about it. 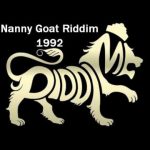