The riddim sounds like a remake of the “Orgasm Riddim,”  which had been produced by Richard “Shams” Browne in 2001 for B-Rich Records. Overall it sounds decent. You may click here to preview it.

The riddim is now available on digital outlets such as iTunes. Do not hesitate to check it out. Then, let us know what you think of it by commenting below. 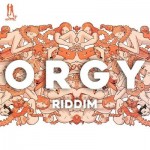 * Those tracks are not included in the promo pack but they will be available for purchase on iTunes.