The “Rae Riddim” was produced by Andre “Suku” Gray & Kunley McCarthy for Ward 21 in 2007. Like many of their productions, this riddim is pure madness. As usual, it is a very minimalistic Dancehall riddim. With a prominent digital bass line, and a very simple melodic line. It’s pure boom riddim.

It features Sizzla, Vybz Kartel, Mr. Lexx, Cobra, and many more. But so far, one of the best tracks on the riddim is “Bubble Like Soup,” by Timberlee & Ward 21. Timberlee kills it in a bad gal style.

Do not hesitate to check it out. Then, leave a comment below to let us know what you think of it. You can also share it on social media if you like it. 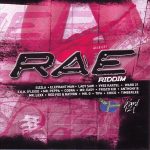