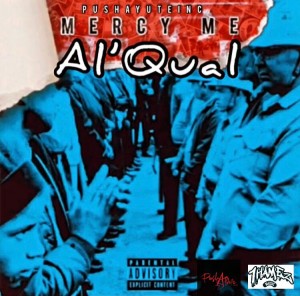 When a young Kingstonian made his mind up to be the best it was hard to tell him otherwise. From the streets of Kingston & St. Andrew we present to you who the industry is referring to as the young don with what they call the “Don Talk”. Al’Qual whose real name is “Amanual Eccleston” is on a mission to let his work and life do the talking. He has been making his rounds within the last 2 years entering Dancehall competitions and cyphers where this young star has been embarrassing and winning these cyphers and sidewalk battles. His lyrics are way above average and with his old soul and sometimes the quick change up Al’Qual is a force to be reckoned with on the underground circuit.

Al’Qual has been signed to Push A Yute Ent Inc for the past 2 years and says he is good with his team and is looking into harnessing and honing his talent. He sees himself as young general who is preparing for the battlefield of the music industry. His famous slang “DON TALK” is a reminder of what would a Don do or what would a general do when they in what ever position or situation. He weighs all his options before going into battle. As for his latest project Al’Qual said that he put his life on those 1Hamez beats and broke down how he feels and sees music and life.

His latest project is titled “97” based on the year of his birth. The mixtape was his way of introducing himself as lyrical monster and one to look out for. The project is being distributed via VPAL on their Audiomac interface, they are also in clear support and development of this artist and team. We see Al’Qual as the one to continue to wear and carry the label and our culture into the future quoted by his management Vivian Thomas. This project is 12 songs that show what he has been working on for the better part of the year.

He has singles like “SUBZERO”, “Mercy Me”, “Think Smart” that will dropping during the course of the summer along with visuals to support these projects. So we here at Jamworld876 will continue to support upcoming acts like Al’Qual and the 4 Cawna Team.