In 2013, Penthouse digitally released a compilation of songs recorded on a recut of the classic “Swing Easy Riddim,” as part as their “Flashback Series.”

This compilation has been released on all major platforms, such as iTunes. You may click here to preview the compilation or buy it now. Do not hesitate to leave a comment below to let us know what you think of this riddim. 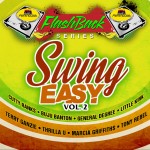