The “Zion Gate Riddim” is a remake of the “Ain’t Got No Love Riddim” produced by Edward O’Sullivan ‘Bunny Striker’ Lee, best known as Bunny Lee, for Horace Andy‘s 1973 single “Zion Gate”. A couple of years later, in 1977, Leroy Smart voiced a track called “No Love”, featured on his album “Dread Hot in Africa”,  which is in my opinion one of the best track of the “Ain’t Got No Love Riddim”.

“Ain’t got no love” in a dub style

During the 70’s, a few other artists including Max Romeo also recorded a track on the riddim.  King Tubby couldn’t help remixing with a sample of “No Love” made famous by Leroy Smart in a dub called “Heartless” featured on the King Tubby “Rastafari Dub (1974-1979)” compilation.

A classic revived by John John

A few decades later, John John revived the “Ain’t Got No Love Riddim”, with a riddim entitled “Zion Gate” like Horace Andy‘s single. The latter featured Alborosie, Sanchez, Sizzla and Tarrus Riley, who recorded the best track of the compilation hands down.

In terms of production, the riddim sounds very similar, if not the same, as the original version. The guitars, the horn section, the carefully placed hi hats, everything’s in place. I guess we would all agree to say that this riddim is simply amazing. Unfortunately, it only featured 4 artists.You may click here to view the full track list.

In 2011, Black Arrow Records released a compilation of the “Zion Gate Riddim”, featuring some of the 70’s cuts that were voiced on the “Ain’t Got No Love Riddim” produced by Bunny Lee alongside King Tubby‘s dub version, a track by Frankie Paul and another dub version produced by Gussie P. 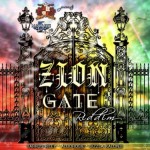