Home / Singles / Dancehall Singles / Rachel Says Its All Me 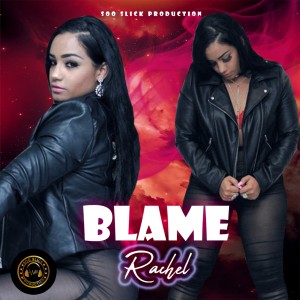 Its always a journey to make it to the top. Its always a hard uphill battle for talented acts and artist to get themselves out there. Sometimes we ignore the discipline it takes to chase your dreams. Well we’re gonna introduce you to someone who has made it her duty to make her hard work speak for itself. She is a multi talented act. She sings, dances, acts and model. So guess she’s more than a pretty face. One important point she is Jamaican and we seem to be carrying a new wave of Dancehall Princesses.

She ticks all the boxes. Plus she is possibly the next artist coming out the Push A Yute Inc outfit. Her name is Rachel and as we repeat she is more than a face she is the package. She is a singjay who acts, dances and models. She is a born Jamaican who can relate to being actively involved in several elements of our culture. Her father is the famous drummer Cornell Marshall who played for the “Wailers”, “Third World” and Zappow.
She has a new single out titled “Blame”. Production was done by Soo Slick Productions. Its a melodic single which shows just how good Rachel is and can be. She says this song was just like an exercise and there is so much more in her by the time she gets warmed up. Its a typical Dancehall wifey song with a twist.

Labels are looking to do a joint deal which be part of her album set up and launch. According to Rachel she’s in the best space of her musical and professional career and intends to stay on the upward path. The brand her designs and all will be taken into account the singer assured us as we asked what is the deal like. She repeated this by letting us know she spent most of 2020 honing and working on her song writing skills.
She’s had releases in the past that has done fairly well like “Ruff It Up” and “Magical”. Due her acting skills and appearances on Love & Hip Hop Rachel has maintained a staple in the eyes of the pop world.