Carey Villa recently collaborated with the latest female Dancehall sensation Moyann in order to produce the single “Mad Out.” 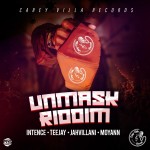 The single was voiced on the soon to be released various-artist album “Unmask Riddim,” which also features Jahvillani, Intence, and Teejay.

Carey Villa said that Moyann “liked the riddim,” and wanted to be part of project. It also comforted her to see that the riddim featured other talents she had already worked with in the past.

He also added that “she wanted her song to be released at a specific time. That’s why it’s out there right now.”

This single is now available for streaming, and purchase on Apple Music. You may click here to preview it, or buy it.

Also, watch out for the “Unmask Riddim” it if you like this single.

Find out more about Carey Villa on Facebook/realcareyvilla, and Instagram/careyvilla. 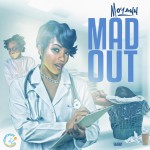