I live in a country where every turn I turn talent just jumps out at you. Whether it’s the food shop on the corner, we wonder why he (chef) isn’t in a five star restaurant. The likes of Usain Bolt is almost apparent in all our athletes. Talent is all over the island. None more so than on the music scene. Well years ago we heard a young man name Verbalist live on a show and astonished why he wasn’t a household name.

Well three years later he has a song that seems to be making lead way in the Dancehall world and fraternity. The last two years we have seen a slew of young acts coming through the door, Squash Six, Chronic Law and others.

Verbalist is one to look for 2020. His track titled “Keep Me Safe” is doing the rounds on the circuit and on radio. The track is melodic and quite simple in word play. Basically asking for protection and guidance on the routines of daily life. His ability to simplify words and be melodic at the same time is what makes this act a unique one.

Verbalist is a multi talented artist. He is a solid song writer, deejay and singjay. He carries a package that not many young acts have. The producer of the track noted that he was interested in pushing young acts that didn’t get the opportunity but their talent warranted such a chance. A nice gesture and mandate that has seen the label “Riddim To Dem” having success via a quality songs and a credible artist with a future.

The single can be found on all platforms from iTunes, Yahoo, Spotify and all.

Verbalist is currently working alongside FullRange Ent. They are set to release a single some time in January one that is all about fun and having fun. There are plans for a video to be released this December and will be done by Urban Vine Media. So please pay close attention to this artist and up coming team.

For more music, you may check out Riddim To Dem on social networks: 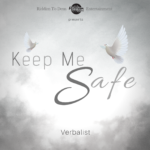