Sizzla is one of the most prolific Reggae artists of his generation. He started recording music during the early 90’s and has released over 40 albums ever since.

« 876 », which was released a few months ago, is the latest studio album he’s released to date. I first thought it was due to be released last year, so I’ve been waiting for it for quite a while, so I expected this album to be excellent or at least as great as « Born a King », or « Radical », released in 2014. Unfortunately, it is not, but it is not so bad either.

In his latest album « 876 », Sizzla covers various topics from love to the legalization of mari juana, including universal love, achievement in life and education. Sizzla is a great lyricist and no one could possibly deny that. But let’s be honest, when it comes to love songs, Sizzla is not really the crooner-type of Reggae artist that delivers smooth Lovers Rock tracks like Beres Hammond or Sanchez.

On a few tracks, the Rasta man intended to be romantic. Unfortunately, he sounded way too sappy. For instance, the track « Never Ending Love »  is one of these overly cheesy tracks. Besides, the fact that it is not really a Reggae tracks make it sound kind of off on the album. On the other end, « Love Me », recorded on a slightly jazzy Rub-a-Dub riddim, sounds extremely pleasant. « Longing For », the introducing track of the album, was voiced on a sumptuous Lovers Rock riddim with bold horns and a lot of strings. And I must admit it sounds pretty good despite being kind of sappy. Somehow, I think that the album would have been great if there wasn’t so many love songs.

Anyway, Sizzla also delivered two ganja anthems. They are among the best tracks of this album musically-speaking. « Leave My Ganja Alone » sounds lovely and very cheerful. It’s those kinds of songs with such a great vibe and groove that it makes you want to nod your head and sing along. Unfortunately, the album came out a tad late and this song may sound a little outdated since weed has been decriminalized in Jamaica.

The track « High Grade » also sounds terrific with its triumphant horn section and the dub delays that add depth to the song. In this track, the Jamaican artist advocates the use of natural herb for spiritual purposes such as meditation. « The high grade, this is my grade. It calms me nerves so don’t disturb when me a blaze. […] Don’t abuse it. »

Sizzla Kalonji also sung about deeper socially-concerned matters. In the Modern Dancehall track « Babylon Kingdom Fall », he predicts the fall of the current Babylonian system with a great vigor. In the track « Street Life », he aspires to make all children, especially those who have underprivileged backgrounds, to study in order to get their way out of the slum. « Put your heads to your books youth man. Study to make yourself approved education. […] Education is the key. […] Don’t be so easily influenced by the gun.»

« Badmind », featuring Jah Cure, is an excellent track too. First of all, give props to the musicians who made this riddim a killer. The bass line rocks and the horns are just majestic. In this track, the duet sings about achievement in life and even get kind of personal. Jah Cure sings « My life was not a bed of roses. My struggle, everybody knows it. » The song relates the story of a man who was in plight but finally got to make it in life. Thanks to his dedication and hand work, not minding the badminds who only wished he’d give up, he achieved his goals. « Sufferation was unbelievable. There’s no food. Not a thing seems feasible. […] Now my goals are achievable. Work hard. […] All them a fight. Them can’t stop we rasta.»

One of the best and also deepest songs that has caught my attention is « Show Them The Way ». It is a very soothing and uplifting track that is a combination of soft ambient strings and nyahbinghi drums. In this track, Kalonji sings about universal love that our world is currently in lack of. He depicts the struggle and despair of certain people who are in need of love and do not have a role model to look up to and to « show them the way ».

Sizzla wraps up « 876 » with the track « Watch Over You ». A peaceful and comforting track, on which his vocals are gently accompanied by an acoustic flamenco-like guitar, soft drums and strings. It is a beautiful manifest of faith and hope in Jah that the Rasta man delivers to ends this album.

Not so bad, but could be better

To conclude, I would say « 876 » is alright but it is not the greatest he’s ever released. And it’s totally normal when you have produced as much work as Sizzla did. His previous studio album, « Born a King », which was released in 2014 was better in my opinion. It seemed to me that the record sounded more coherent than « 876 ». Sad to say, it sounds more like a collection of singles were put together without a thread than an album. Nevertheless, it features a couple of great tracks like « Show Them The Way », « Watch Over You », « Badman » featuring Jah Cure or « High Grade » and most of the riddims are outstanding.

If you haven’t checked his previous album, “Born a King” is available for purchase, and streaming on digital outlets. 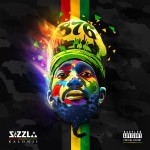