In 2001, Willie Lindo produced the “Tun It Up Riddim,” which features artists such as Freddie McGregor, Jimmy Riley, Glen Washington, Kashief Lindo, and more.

This riddim is a recut of the “Rougher Yet Riddim,” produced by Coxsone, on which Slim Smith & The Soul Vendors recorded “Rougher Yet”, released in 1967.

Later on, in 1979, Lone Ranger recorded the Dancehall song “Love Bump,” in which he relates the effects of ptomaïne food poisoning (The Gleaner, 2018). Due to the popularity of this single, the “Rougher Yet Riddim” is also known as the “Love Bump Riddim.”

During the 90’s, this riddim regain popularity with the release of “Oh Me, Oh My,” made famous by Garnett Silk on the Mainstream Label in 1992.

Another decade later, Willie Lindo rejuvenates this classic, and releases it as part as the “Riddim Driven” series. 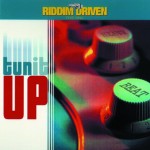 Tun It Up Riddim Driven